More than 200 alumni, family and friends of the College of Engineering gathered April 13 to celebrate the accomplishments of the college’s graduates.

The Annual Alumni Awards Banquet brings together alumni from all eight departments within the College of Engineering to recognize graduates who have achieved distinction in their fields since graduating from the University of Arkansas.

In addition to the Hall of Fame award, two other award designations are recognized at the banquet. The Early Career Alumni Award and the Distinguished Alumni Award.
The Early Career Alumni Award is given to College of Engineering graduates who are achieving distinction in their fields and show significant promise for professional leadership in state, national and international activities. These individuals have served in their industries for 15 years or less.

The Distinguished Alumni Award honors the exceptional professional and personal achievements of the University of Arkansas College of Engineering graduates. Recipients have achieved distinction in their fields and have provided outstanding leadership and service to the College of Engineering and to the organizations and communities to which these distinguished alumni belong.

From the Industrial Engineering Department, Mr. Willie Montgomery III, received the Early Career Alumni Award and Mr. Bob Etien was the recipient of the College of Engineering Distinguished Alumni Award. 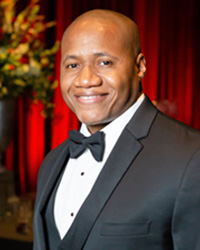 Willie Montgomery, III has achieved rapid and impressive career advancement by being promoted by several position levels on four occasions in a five-year period. He is a data scientist presently in a leadership position in a Fortune 100 company. He leads a team of data scientists and consultants with a strategic portfolio of more than 20 initiatives. These projects are globally collaborative and have helped the company realize more than $500 million in cost savings, plus increased sales and significant waste reduction. He has received six patents and numerous awards. Despite the demands of his career, Montgomery participates as a mentor and speaker for the University of Arkansas Engineering Career Awareness Program and the Louis Stokes Alliance for Minority Participation (funded by the NSF). He is also a Presidential Leadership Scholar under President George W. Bush and President Bill Clinton, and is an active member in Kappa Alpha Psi Fraternity, Incorporated. Additionally, he is a decorated veteran who received the National Defense Service Medal (2006), Global War on Terrorism Medal (2006), Global War on Terrorism Expeditionary Medal (2006), Army Achievement Medal (2005) and the Army Commendation Medal (2005). 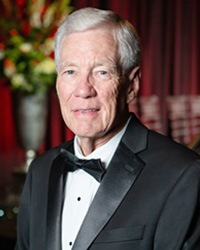 Robert A. Etien, Jr. is a dedicated supporter of the University, College of Engineering and Department of Industrial Engineering. He has been instrumental in enhancing the Arkansas Academy of Industrial Engineering scholarship program for many years, including his successful initiative to exceed $2 million in endowed funds. Most recently, he championed the establishment of a new endowment to help support recruitment and retention of graduate students. He is a ThoroughRed donor for the campus, serves on the Campaign Arkansas Committee and also officiates University of Arkansas track and field events. Etien enjoyed an accomplished career at General Electric, where he retired in 2000. During his career, he was promoted from shop manager to prestigious global leadership positions, where he was recognized with several awards including a GE Motors Leader of the Year Award. He was a Six Sigma Certified Master Black Belt Instructor and served on the board of directors for GE Hermetic Motors and GE Appliance Motors in Singapore.

From our Master of Science in Operations Management distance education program, we also had two alumni recognized. Alfonso Camerlingo received the Early Career Alumni Award. The recipient of the Distinguished Alumni Award was Michael W. Blinzler. 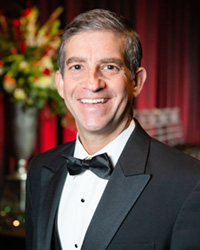 Alfonso Camerlingo has been with Walmart for more than 10 years and has served as the Director of Global Supply Chain for three years. He has also held various positions in Merchandising, Private Brands Planning and Analytics, Merchandise Finance, and Global Sourcing Finance for the company, and is responsible for Walmart’s logistics and warehouse operations for the import dry packaged food, global logistics strategy and systems. In all, he has more than 23 years of experience in Corporate Finance, Strategic Planning, Merchandising, Procurement and Supply Chain. Camerlingo is president of the University of Arkansas Operations Management Alumni Society Board of Directors. He was instrumental in establishing the MSOM Alumni Society, which was formed in spring 2015, and volunteers his time regularly to maintain the society and its events. He is always eager to help and is continuously looking for new ways to engage MSOM alumni and grow the society.  Since its beginning in spring 2015, the society has grown to 117 members. 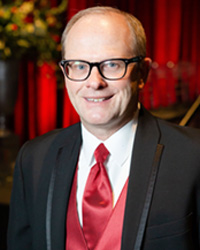 Michael Blinzler is the Chief Information Officer at Leggett & Platt which is a 22,500-employee diversified global manufacturer of engineered products found in most homes and automobiles.  Michael began working for Leggett & Platt, Incorporated in 1986.  He advanced through various positions of increasing responsibility and was named Vice President - Information Technology in 2004 and Vice President - Chief Information Officer in 2017.  In addition to a degree in Computer Information Science and a B.S.B.A. from Missouri Southern State College, Michael also holds a master’s degree from the University of Arkansas School of Engineering in Operations Management.  He is a Certified Public Accountant (CPA) and Certified Information Systems Auditor (CISA).  Michael and his wife, Marty, are passionate Razorback fans and live in Pierce City, Missouri.  They have three grown children and four grandchildren.

The full Newswire article can be reviewed here.